Geese are one of the four pillars on which the Allevamento Poggio di Ponte is based on. Geese, as well as Ducks, belong to the Anatidae, they exhibit a great diversity in size, proportion, behavior, plumage color and pattern. They are linked to predominately aquatic environments. Many Geese are more or less terrestrial, whereas others are almost exclusively aquatic. Most of the European, Asian and North American Wild Geese are highly migratory. They nest in the far north and winter in the extreme south. Migrations are great movements that Geese perform regularly and periodically along well-defined, traditional previously established, secure and remote routes. Geese are mainly vegetarian. They love grain, a wide variety of green vegetation such as clover and other seeds. Their diet can be harmful when flocks feed on cultivated areas, in inhabited ponds or in urban environments’ grassy areas. Even though their diet is mainly based on vegetarian foods, they also feed all available food source such as invertebrates, insects, and small molluscs. The bonds of Geese are very durable and possibly even lifelong. However, a small number of them can "divorce" and look for a new partner. Geese lay a lower number of eggs than ducks even though their survival rate is higher. Nests and young are protected by both parents. In captivity Geese have been domesticated for centuries and some studies show that Westward the farmyard geese are directly descended from the Wild Geese. Allevamento Poggio di Ponte breeds a great variety of Geese, which are conventionally divided into 4 different groups: Northern Geese, Sheldgeese, Other Geese and  Farmyard Geese. 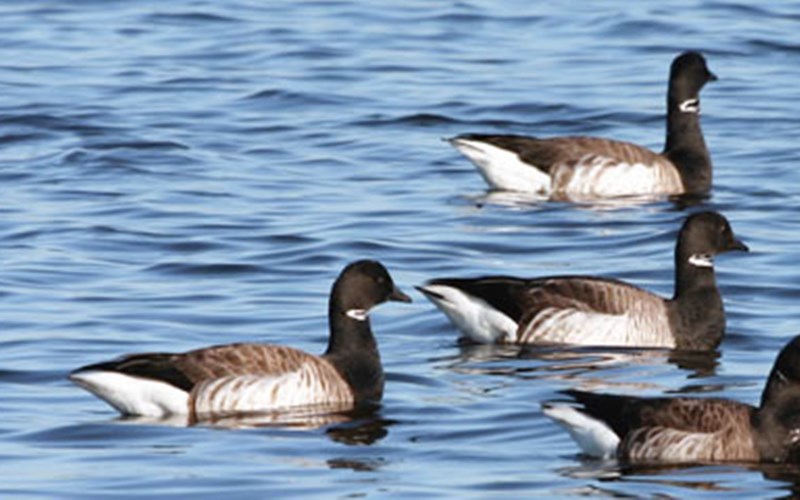 GEESE
In our breeding: